You did it! You made it to the 10th issue of the Kristala dev blog!

It's been ridiculously crazy around here lately as we inch closer and closer to completing our demo. With every day that passes, there's more exciting stuff happening in our game build, which means more delicious dev content to share with you. (Hey, lucky you!)

We've got a lot to get through this issue, so let's just go ahead and get started, shall we?

This sprint, Will redesigned all the combat functionality within our game build, restructuring how damage occurs and how it's prevented, as well our weapon proficiencies' effect on damage scaling.

Will also fixed the magic system so that it works with two types of spells that use up Mana accordingly. He's set up a slow-motion back attack and added blood VFX to our backstab and melee attacks.

...Get ready for the gore, people!

On top of all that, Will's been dedicating his time and energy towards optimizing the UI for our Kris menu and fixing a few bugs related to navigating between or within certain menus. Additionally, he nativized a bunch of our stat systems, manually reinstating them in enemies in order to ensure they're functioning correctly in our current combat build.

To finish out this sprint, Will completed the Kris Upgrade menu, implemented an "About Character" section within the Pause menu, nativized stats to the stat manager, and fixed a bunch of bugs within our UIs.

WHEW! Now that's what we like to call doin' WORK!

Since our last issue, Nick has been busy crafting various items and pickups that will be found throughout our demo level, including keys to mystery gates, magic jewelry pieces, and other consumable and equippable items.

Some of the jewelry items include two rings (one for stamina, one for health) and a tail charm (featured in our last issue) that can be equipped to the player character to enhance certain gameplay skills and attributes.

Nick also worked on crafting a couple new swords to add to our growing list of weapons, plus a large shield for added defense in the game.

For the next sprint, Nick will shift focus from Anagativa weapons and armor to Kotakyan pieces, crafting both a shield and sword for our rodent warriors to wield.

After dealing with the devastating Australian wildfires over the past few weeks, Kieran is now back in action assisting us with asset design and various other tasks within our game build, such as implementing visual- and sound-based effects.

First up, Kieran worked on adding footstep sounds for our player character and setting up options for controlling volume in the build. The rattle effects you hear in the below video can also be switched on and off based on equipment weight or other similar factors.

Additionally, Kieran added some visual magic effects to our game build...like this green "missile" spell. After the spell was initially implemented, Kieran fine-tuned it to give it a more dynamic effect in terms of illuminating the surrounding environment when the spell is cast.

Here's a look at both the original spell and then the refined, more dynamic spell.

Lastly, Kieran worked this sprint on polishing up the visual effects on some of our magic-based weapons, adjusting glow functionalities, particle effects, sRGB values, and/or scalar parameters on each one to see which effects look best.

Here you can see some of the various effects Kieran played around with on our Nisargan magic sword and our Vinelash Longsword.

Bianca continues to hammer out the various icons that will be featured in the game's menu systems. This week, her focus shifted from weapons and armor to our consumables, potions, and spells.

Here's a look at some of the menu icons Bianca created over the last 2 weeks. 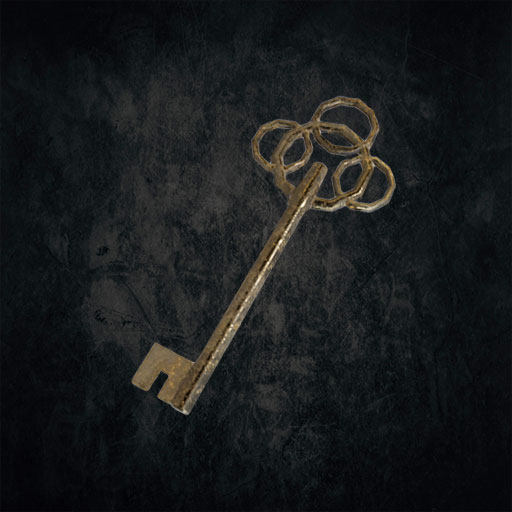 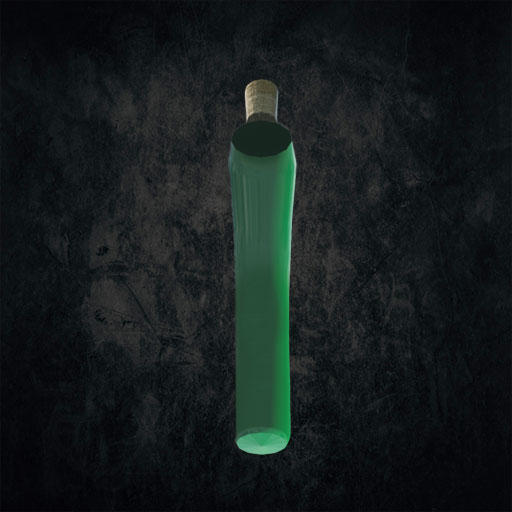 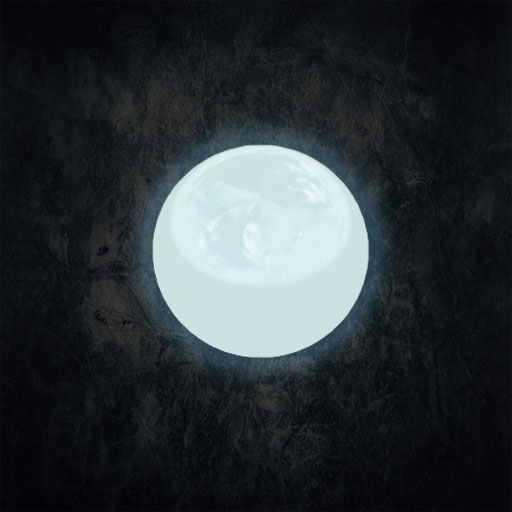 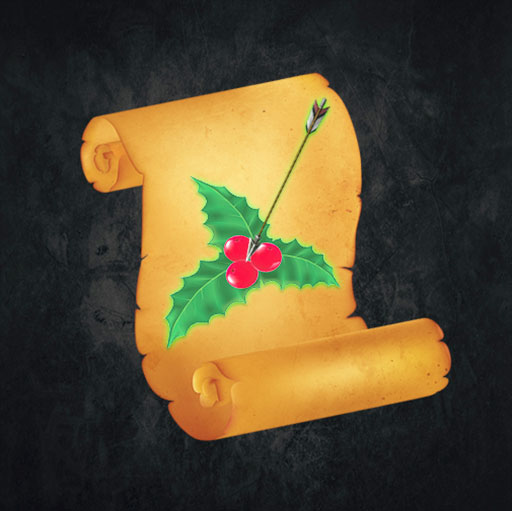 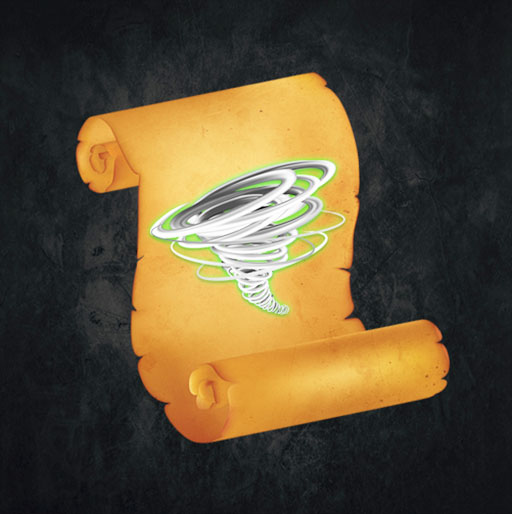 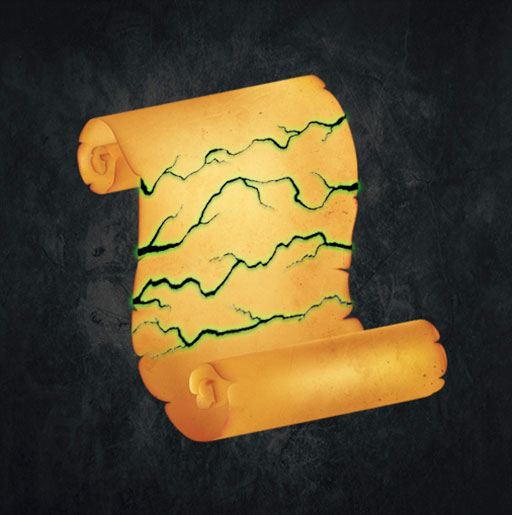 Last issue, we showed you the finished version of the second of three stone buildings Cass has been working on. We also gave you a sneak peek at our vision for the third and last of the stone abodes.

Since then, Cass has finished up modeling, texturing, and detailing the third structure, including its intricate, cylindrical chimney. Check it out!

Moving forward, Cass will work on crafting some additional environmental pieces still needed for the game, like a custom swamp outhouse and a unique scythe knife.

Tiffany's workload this sprint consisted of fixing the level streaming and frame rate issues we encountered in our game build, as well as adjusting some of our landscape textures and researching additional information about lighting errors.

For the upcoming sprint, Tiff will assist Will with a few programming-related tasks to ensure our UI menus are functioning properly.

While Tiff troubleshoots, Joe's been scouring our demo level to fix the collision issues we encountered after bringing our player character into the game build.

First, Joe started with the swamp houses in the Dalamase' fishing villages, adjusting the collision on each one so that the character can now enter into each and every house.

After fixing the collision issues with the houses, Joe then moved on to apply the same methodology to other items in the level, such as stairs, boundaries, walls, and walkways to make sure they're properly navigable.

Joe also placed a bunch of colliders around rocks, trees, fences, and outdoor walls so that players aren't able walk or jump onto certain items, go out of bounds, or get stuck.

Joe also did some initial plotting out of where various item pickups will be placed in the level. We don't want to spill the beans on which items will be placed where, but here are a few screenshots Joe snagged while testing out the process.

This sprint, Allie worked on fixing up our player character's clothing and making sure the character is able to use our updated greatsword properly within the game build.

Allie also worked on a bunch of new animations for combat and magic casting, including left- and right-handed magic casting, earthquake spell casting, guarded and not guarded walking and running, as well as backstabbing, blocking, and parrying.

Allie was also able to get some enemies placed in our level, putting all our new animations to the test and ensuring combat works seamlessly.

Here's a look at Allie's attempts (and eventual success) at kicking some serious Kotakayan enemy ass. ...Just WAIT until you get to try this out for yourself.

As the Producer for Kristala, Allie often has her hands on pretty much every aspect of Kristala's development, so she's always sharing new screenshots and updates with our team.

Here's a look at some screen grabs Allie snagged while exploring the demo level and testing out our equipment systems to ensure all weapons and armor sets equip properly to our player character and function as they should.

One of the main NPCs in Kristala is a seasoned Raksaka warrior named Atreus Stone. Atreus will aid you as you embark on your Raksaka Proving, offering helpful tidbits and tricks of the trade to ensure your journey is a success.

This sprint, l_aciel worked on a first draft for Atreus...and trust us when we tell you that she absolutely knocked it out of the park! We're legit blown away by how this character looks...and this isn't even CLOSE to the finished concept yet.

Stay tuned to see Atreus come to life as l_aciel works her magic over the next two weeks.

While the Anagativa of Ailur practice and protect the organic powers of the sacred crystal, the Kotakaya have more of a scientific and manufactured aesthetic, drawing inspiration from Victorian- and steampunk-esque vibes.

Michael has been able to perfectly capture the mechanic look and feel we're aiming for for our Kotakayan characters, adding a steampunk "flair" to their armor and weaponry.

Here are a few of Michael's concepts from the last two weeks. We already know you're gonna LOVE the 3D models for some of these gear-centric weapons.

Are you enjoying the content you're seeing in our biweekly dev blogs? Tell us about it!

You can like and comment on this post if you like what you see. We also encourage you to join our Discord community so you can talk shop with members of the ACS Games dev team. Plus, you'll get exclusive insight into some of the work detailed in each dev blog.

Be sure to follow our socials to stay in-the-know about all the exciting updates coming down the line too. As always, thank you for your support...and thanks for stopping by.